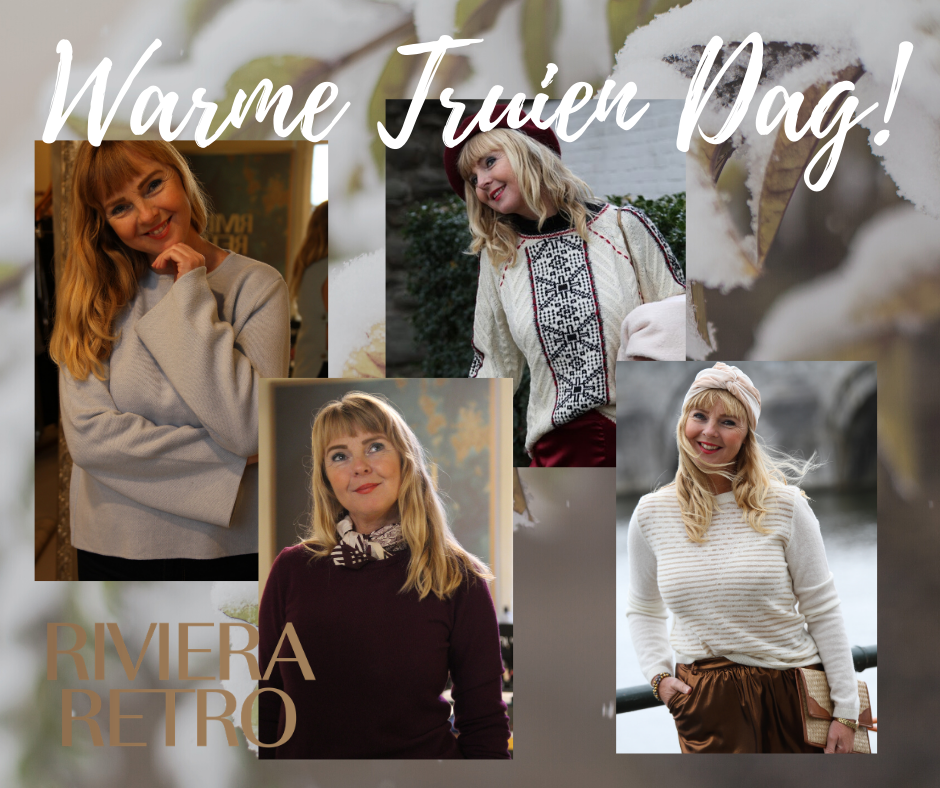 February 5th is Warm Sweater Day again! It is an initiative of the Dutch Climate Alliance. By lowering the heating by at least one degree and putting on a warm sweater, everyone can save 6% energy per degree and reduce CO2 emissions. That seems like a nice goal, right? But… it is of course also nice to have a reason to put on such a nice warm winter sweater! Everyone has a favorite sweater! From “typical Christmas sweater”, baggy sweater to classic Norwegian sweater.

But where does the word sweater actually come from? It appears to have come from the Old German / Danish word “trøje” meaning “garment for the upper body of fishermen and workers” and was first described in 1477.

The sweater also has many other names, such as pullover, jumper, sweater, jersey and tricot. They come in many different materials and designs. I will highlight a number of them:

This sweater is woven in different colors and often has a flower or star pattern, so mainly geometric. The name comes from the inventor of the first weaving machine, Joseph-Marie Jacquard (1801). This sweater is very popular in Northern Europe (Norwegian sweater also comes from here).

This is a jacquard woven sweater from Fair Isle, one of the Shetland Islands in Northern Scotland. This island is famous for their traditional weaving technique. Traditionally, it is a technique with a maximum of 5 colors and only 2 colors per row. This sweater became very popular in the 1920s when the Prince of Wales (Edward VIII) first wore this sweater in public in 1921. Today the term Fair Isle is used for any kind of colored weaving technique.

This sweater originated in Ireland, on the Aran Islands. The sweater is traditionally made of white wool and has a complex design. For the knitting enthusiasts among us; It is a combination of a cable and bobble stitch. This sweater was originally knitted for fishermen because it was water-resistant. That’s because the wool wasn’t degreased, but it didn’t make this sweater smell particularly fresh either.

The iconic classic sweater that everyone should have in his or her closet… This sweater comes (of course) from Brittany in northwestern France. This sweater was specially made for the French navy by the local population. The white jersey has 21 black stripes and refers to Napoleon’s 21 victories. Years later, this piece of clothing became iconic by Coco Chanel and Brigitte Bardot has also made this sweater a true fashion statement.

Do you want to see more sweaters? Check our webshop (knitwear).

“I believe in dressing for the occasion. There’s a time for sweater, sneakers and Levis and a time for the full-dress jazz”… Ginger Rogers.

You can always call or WhatsApp us for a private appointment.

Stay up to date!

With our inspiring newsletter